At the time of this writing, we are a little less than 9 hours away from the start of the 2020 NFL draft.  I am a lifelong NFL fan and more specifically, a die hard Carolina Panthers fan.  For me and many other fans I know, the NFL draft is one of the most exciting times of the year.   This may seem a little sad to non football fans (and my wife would agree).   But the reason is because the draft provides a (usually irrational) glimmer of hope for fans who think their team can somehow draft a key player or two, and then they will all of a sudden have a shot at the Super Bowl.  Unfortunately, my team has been hit or miss when it comes to the success of their past draft classes.  So I started doing some research on the most successful NFL teams in the past decade, to see if I could find any correlation between their drafting strategy, and their win loss record.

This may not surprise hard core fans, but there does appear to be a connection between teams who trade down in the draft to stockpile a higher quantity of picks, and their long term success.   Looking back at the 2010 NFL draft through the 2019 Draft, two of the three teams who traded down to stockpile picks more than any other team were the New England Patriots and the Seattle Seahawks.  No matter how you personally feel about these teams, it is undeniable that over the past 10 years, they represent the best the AFC and NFC has to offer when it comes to consistently winning.   The Patriots traded down a total of 22 times during this time frame and next in line was the Seahawks at 17.  (Full Disclosure: The Vikings actually traded down the most at 24 times and while they weren't on the same level as the Seahawks or Patriots over the past 10 years, they had the 12 most wins during that time frame and probably would have won a lot more if Teddy Bridgewater never destroyed his leg. No matter how good the rest of your team is, it's hard o win when you have to start guys like Christian Ponder, Josh Freeman and Matt Cassel. Yikes!)

So why is stockpiling draft picks helping these teams be more consistently successful?  It's all about managing risk.  These teams are smart enough to know that the NFL draft is not an exact process.  No matter how much college game film is watched, no matter how many physical and mental tests you put a prospect through at the draft combine, there is no such thing as a sure fire draft pick.  Peyton Manning is the closest I've seen in the past 15 years and even he had a shaky rookie season.  Injuries and a multitude of other reasons can cause a player to vastly under perform their draft status. So rather than trade up and put all their eggs in one basket the smarter teams would rather trade down and get more picks to give themselves more exposure to different players.  The idea is that the lager quantity gives them a better chance of hitting on a franchise changing draft pick.

So what does the NFL draft have to do with investing?  Successful long term investing involves the same principals of diversification and managing risk.  Just like the NFL draft isn't an exact process, nobody can consistently pick individual stock winners over the long run (though plenty of shady "advisors" will try to convince you otherwise and take your money).  By spreading out your portfolio across different types of investments, if one of them under performs at a given time, there is a decent chance that under performance will be balanced out by one of your investments that outperforms expectations during that same time frame.

The Seattle Seahawks had 3 extra draft picks in the 2012.  This allowed them to take a chance on Russel Wilson in the third round.  Look how that worked out for them.   Wilson was considered to be a risky pick because of his size but the Seahawks mitigated the risk of him under performing expectations by having additional picks in that draft that could potentially outperform.  What happens if you put your entire IRA balance in a single "can't miss" stock that vastly under performs? This would be like trading up in the draft to select a Ryan Leaf or Jamarcus Russel (If you are too young to know who these guys are then you can google them). Trust me when I say you don't want a "Ryan Leaf" to be the only thing in your portfolio if you ever plan to retire. These guys were supposed to be "can't miss" prospects that totally flopped.  What you should be doing is selecting a basket of investments that all react differently to various market conditions and play different roles in your portfolio.  So how should you go about doing this? 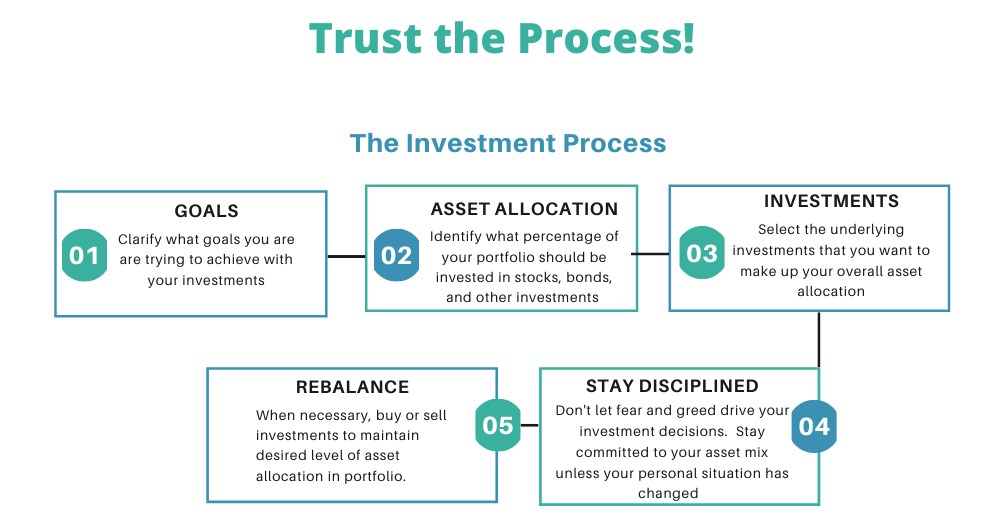 Want to automatically receive financial life insights like this directly in your inbox?  Sign up below for our Nurse Your Wealth Newsletter.